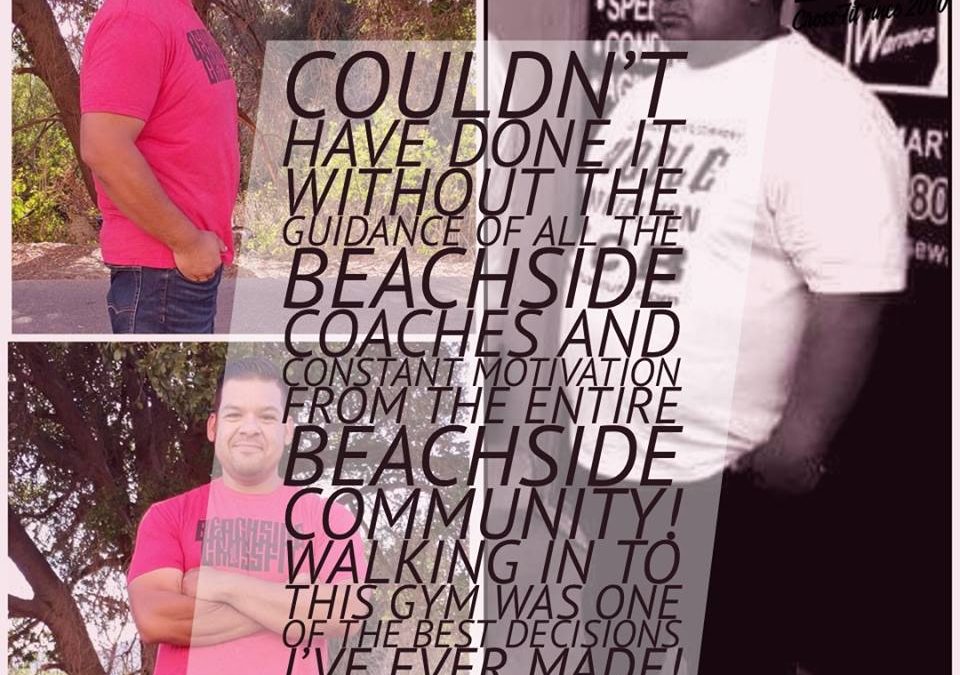 Weight Loss and Crossfit: Friends or Foes?
Did you join Crossfit to lose weight? Lots of people do. As I see it, the box can be a great place to turn around a life – which is essentially the task facing overweight people.

But it can also be a source of alienation, confusion and extremes which further the faulty thinking patterns of many overweight members.

Aside from being a coach, I am a psychologist who specializes in working with clients struggling with obesity. The work with my clients is focused on the thinking and behaviour patterns that lead to obesity. Making Crossfit work for weight loss requires a different approach than for your average or athletic member. Of course they can benefit, but we must account for their starting points, physically and psychologically.

Although every individual is unique, there are some common themes that affect a great majority of overweight people. An awareness of these and how they might sit easily or awkwardly in the box will be the key to achieving weight loss success with Crossfit.

1. “I’ve tried every diet and nothing’s worked for me.”
Looking for the ‘magic feather’- The famously common phrase I hear at the first consultation: “I’ve tried every diet and nothing has worked for me.” Maybe you’ve heard this one. Maybe you’ve uttered it. It reminds me of the scene from Dumbo where he’s convinced holding a feather makes him fly. Later he discovers that he does the flying, not the feather and he lives happily ever after.

What we know about weight loss is similar to what we know about all physical fitness adaptations: that it happens because of a multitude of small, consistent changes over time. There is no ‘magic feather’; no quick fix solution solution. There is actually no diet or exercise plan that “works”. New members come along who might see Crossfit as the next possible miracle solution. But being surrounded by athletes whose level of “buff-ness” seems beyond the realms of possibility can either inspire the overweight member or feed the assumption that this is the holy grail – the magic feather that will now solve all their weight woes.

Losing weight for a holiday or wedding are doomed to failure in the long term. Partly because they probably include drastic, unsustainable changes to diet and exercise which might leave the hopeful dieter starving, sore and possibly injured.

The truth is that nobody, even the “uber-buff” six pack doing muscle ups has found the magic solution. Instead lots of discipline, mistakes, planning, preparation and learning has paved the way. These same principles also hold true for any successful dieter – in or out of Crossfit. If you are trying to lose weight or you’re a coach supporting your members, you’ll want to fight against the magic feather concept at the box. For Crossfit to work for weight loss, we have to guard against looking for short term solutions. Losing weight for a holiday or wedding are doomed to failure in the long term. Partly because they probably include drastic, unsustainable changes to diet and exercise which might leave the hopeful dieter starving, sore and possibly injured. Next stop, binge town, drop out and diet failure. At the box, these people will come religiously and then not at all. Encourage instead, the concept of small changes and building skills and strength gradually over a long period of time. Every step is a useful one, even if we don’t see the results immediately.

2. Lack of nutritional know-how and disordered eating habits
What we eat, how much and when are more function of our minds than our taste buds and stomachs. What leads to obesity are consistently poor choices about food and activity often fuelled by things other than hunger. Emotions, habitual patterns, expectations from others and lack of self-belief all play a role in our impulses regarding food. Someone struggling with obesity has the task of unpicking their tangled thinking about food, which includes developing a greater understanding of nutrition as well as their own assumptions that lead to overeating and bad food choices. The difficulty in the box can be that the eating habits of your athlete level member and the overweight members are worlds apart. But more than that, beliefs about food are also vastly different.

What leads to obesity are consistently poor choices about food and activity often fuelled by things other than hunger. Emotions, habitual patterns, expectations from others and lack of self-belief all play a role in our impulses regarding food.

This can lead to discouragement with the overweight member feeling that the change required is too great or that they are a failure unless they are 100% paleo, measuring every morsel on scales. Also watch out for faulty thinking about nutrition, such as “I deserve this treat because I worked out so hard!” or “I’m on the diet/off the diet.” or “I have to eat ______ if everyone else/the kids/my family is eating it.” As a coach, you might notice the member who won’t accept the role of nutrition as vital to their progress, or the member who sees a WOD as atonement for the weekend’s indulgences. Fight this with a consistent focus on overall health underpinned by lifestyle, whether it’s Saturday night at the pub or Monday morning at the box.

3. Self image issues
Body image issues are possibly expected, but there is the bigger issues of self image problems – more all-encompassing negative self-beliefs that underpin everything. These might be more related to feeling like a failure, shame about laziness, feeling stupid or embarrassed or not good enough. It is inspiring to see more on Crossfit forums and online magazines about poor body image. While many have started to turn around their self image by finding acceptance of flaws and happiness in ability rather than appearance, this is still a huge mental leap to make for an overweight member. They can do it and the box can be great place to get the support and encouragement along the way. But it can also make overweight individuals feel their insecurities more acutely as they compare their physique to that of those around them.

As a coach, you might think it’s admirable that the larger, less fit member is struggling along 5 minutes after all the shirtless, sweaty muscle lumps have finished. But that member might feel intensely ashamed and self conscious. If you are that member, you can grow through this by keeping consistent, congratulating yourself for small improvements and remembering that everyone had to start somewhere. As a coach, reinforce these ideas and be sensitive to how it might feel being biggest or last.

4. Relationships and weight loss
No change happens in a vacuum. People that want to lose weight will have to find supportive relationships, learn how to communicate their needs to those around them and probably become more assertive along the way. In work with overweight clients, I am almost always struck by poor food choices being about a person getting what they want, even in cases where they can t get what they need. Although there is undoubtedly physical, biological and genetic factors that can affect weight gain, these alone do not determine whether someone will suffer with obesity.

Their environment has a vital role to play. And when people cannot get what they need from the environment in terms of support/safety/love they settle for what makes them feel at least a little better, even if that ultimately contributes to the problem. Once food related behaviour is examined carefully, we often find food serves a bigger role than providing nutrients and keeping hunger at bay. It becomes a comfort, a friend, a barrier to expressing anger and disappointment, a safety zone, a hit of good feeling amongst a world of bad.

If you are on a weight loss journey or coaching someone who is, it will be worth it to understand that for food to begin filling its natural role, other strategies will need to be developed to provide the soothing and safety that food has in the past. This often translates into better communication skills, taking risks in asking for what is needed and being willing to face conflict. The community of Crossfit can either be an ideal place to start, or a terrifying barrier. As a weight loss member, you might feel turned off by the frank measurements of ability, comparisons and competition that are essential in Crossfit.

You might want to hide from these. Or you might find that your coach’s feedback and critique stings. You might resist asking for help on technique for fear of looking bad. If you can tackle your anxieties and face these aspects of Crossfit, they can eventually become your greatest strength – being able to honestly track your progress, ask for appropriate support along the way and not shy away from disappointments or failures. As a coach, being aware that more is going on behind the scenes, and that honest feedback should be balanced with warmth to keep this person engaged.

5. Inappropriate scaling
The last point is directed more at coaches, but also to the “gung-ho” member who gets caught up in th

In summary, I’d say Crossfit is more challenging for the overweight member, although it can be just the thing to turn the problem around. While there are specific issues that may be unique to keeping these members engaged and in using Crossfit for weight loss, it can work with sensitivity and empathy.